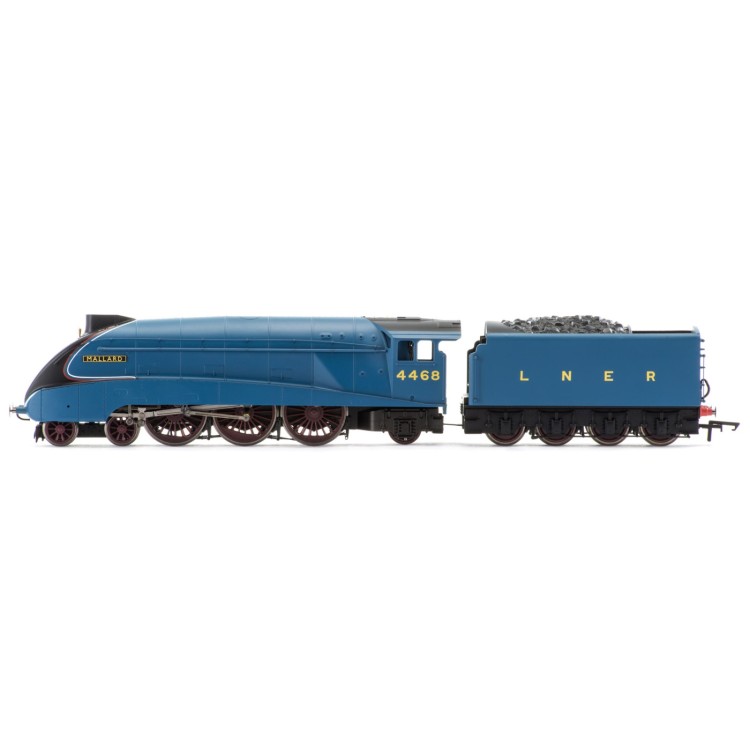 The 1930s saw increased competition to the railways from road and air travel and the LNER Board knew that they had to make travel between the major cities faster, more comfortable and reliable. High speed diesel services were starting to make an impact abroad. In May 1933, the German State Railways diesel-electric Fliegende Hamburger entered service, running for extended periods at 85mph. By 1934, in the USA, Burlington Zephyr had reached I I 2.5mph during a longer 1,015 mile journey.

Nigel Gresley, the LNER's Chief Mechanical Officer, travelled on the Fliegende Hamburger and was impressed by its streamlining, although he realized it was only efficient at high speeds. Gresley was certain that a modified A3 Pacific, with streamlining, could haul greater loads than the German or US locomotives at the same speed or even faster. A series of trials were conducted to confirm the Al's suitability. With the trials successfully completed, the LNER Board gave Gresley the go-ahead to create the 'Silver Jubilee' streamlined trains, the first of the new streamlined A4s.

The streamlining of the A4s' steam circuit, higher boiler pressure and the extension of the firebox to create a combustion chamber, made them more efficient than the A3 as they consumed less coal and water, especially later on when they were also fitted with a Kylchap double chimney, improving their free steaming capabilities further. Their streamlined design not only made them capable of high speeds, but created an up draught of smoke, preventing obscuring the driver's vision that was such a major problem on the Class A4 engines.

As part of the LNER, A4 Era-3 Class, the 4-6-2, 4468 'Mallard' 9 is amongst a number of historic locomotives that is a fantastic addition to any train enthusiasts' collection.