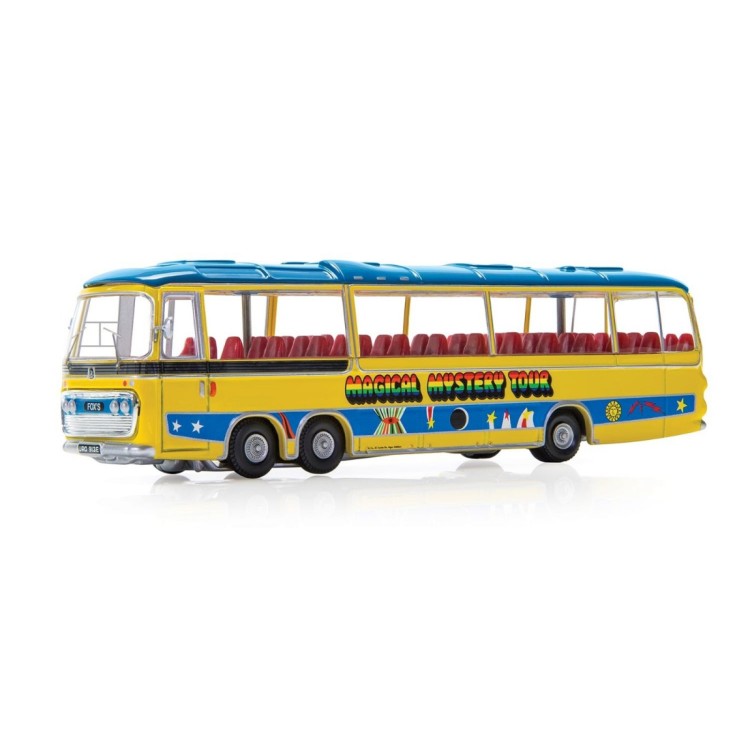 The Beatles released the “Magical Mystery Tour” album in 1967 to accompany the film of the same name which was first shown in the UK on Boxing Day.

The record proved a huge success, it had multiple weeks at number one in the charts in multiple countries and was nominated for “Album of the Year” at the 1968 Grammy Awards.

The re-release of this 1:76 scale replica of the Bedford VAL used in the film is meticulously detailed and will appeal to both die-cast and Beatles collectors alike.